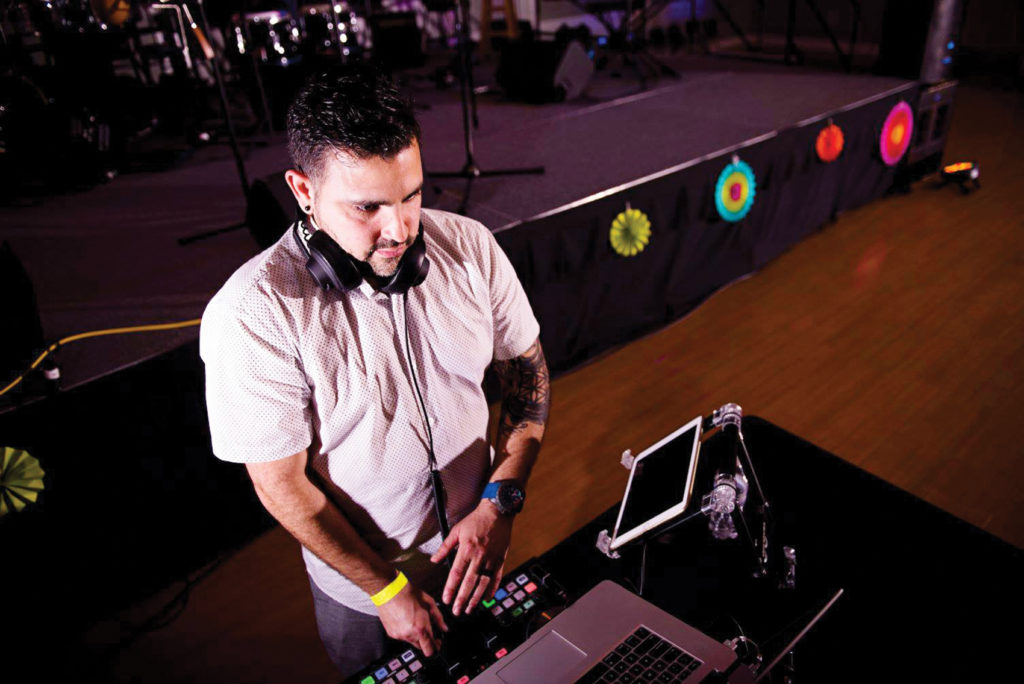 From conga drums and shakers, to synthesizers and saxophones, a multitude of sound combinations create funky, lounge electronica heard in the underground world of DJs. Unlike common electronic dance music (EDM) or club music, underground electronica combines idiosyncratic noises away from the mainstream and rears it head at Sunday School DJ Electrolounge every Sunday at Juggling Gypsy.

“Underground electronic music isn’t played much,” according to Yoel Del Río, a seasoned DJ known simply as “Río,” who helped found the event. “You typically only hear mainstream music because people tend to like only certain groups and they build scenes around that. So we’re trying to build our own scene.”

With about 16 years in the business, Río, 37, wants to create a comfortable platform for “bedroom DJs” (new DJs) to get out and perform. Río hopes to bring together seasoned and new DJs to work and learn from each other and continue a passion for Dirtybird-style music—the California label known for representing underground sounds. “I heard about other people doing similar concepts like Sunday School in larger cities,” Río tells, “so I wanted to initiate a similar event here that would give seasoned and new DJs an opportunity to play what we like to play.”

At Electrolounge, DJs hover nearby to help support new DJs who may have questions about operating the various kinds of equipment provided for the night. Though Río typically stays close to industry standards like the Technics SL-1200 and the Pioneer DJM Nexus 2 mixer, they also may spin vinyl at Electrolounge.